MCDONOUGH, GA – A Henry County man will spend his life in prison for robbing multiple employees at the Outback Steakhouse in Stockbridge.

Henry County Superior Court Judge Pandora E. Palmer sentenced Yarn to six concurrent life sentences plus 15 consecutive years in prison followed by 10 years on probation. Yarn, 30, of Jonesboro, also must stay away from all Outback Steakhouses and have no contact with the victims.

The jury found Yarn guilty of six counts of armed robbery, 11 counts of aggravated assault, and one count of possession of a firearm during the commission of a felony.

The jury heard evidence that on July 13, 2019 shortly after 11 p.m. Yarn and two other masked men stormed the restaurant on North Park Court in Stockbridge and pointed guns at multiple employees and patrons, including a family with children. The children hid under the table as the robbers ordered the employees to open the safe.

Yarn and his accomplices then led police on a high-speed chase and fired multiple rounds at a pursuing police officer. He was captured shortly later.

“This defendant and his accomplices destroyed the peace of mind of an entire community that evening. I am thankful for our team, who worked hard with law enforcement to secure this conviction,” District Attorney Darius Pattillo said. “This life sentence speaks to how seriously we take the safety of individuals, families and businesses in Henry County.”

The case was prosecuted by Assistant District Attorneys Selwin Patterson and Robert Fickett. 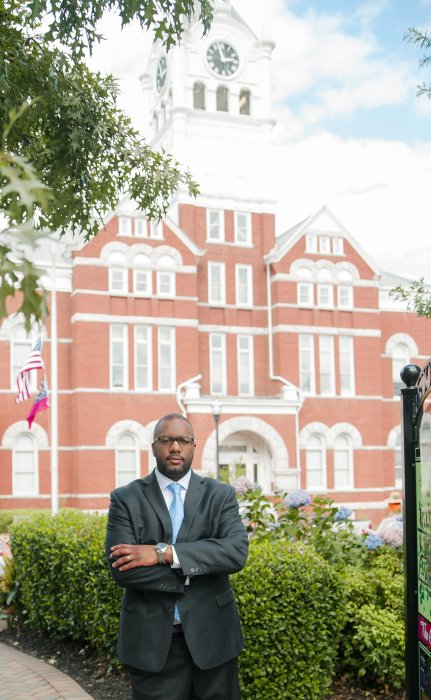